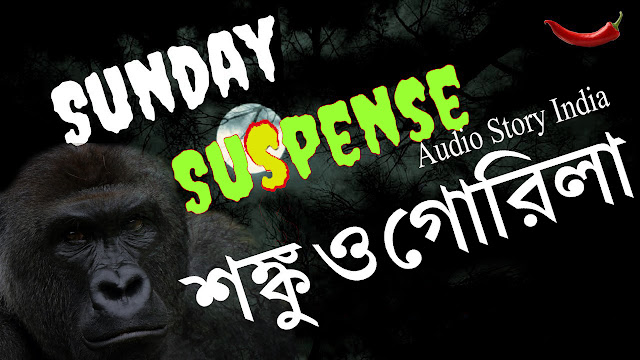 Professor Shonku Series was written by The Great Writer Satyajit Ray. Todays Story Professor Shonku O Gorilla. This Story was Published in Sarodia Sandesh Patrika in 1969
Main Characters : Sunday Suspense Professor Shonku, Abinash Babu, Professor Gregory, O Gorilla.
About The Author – Satyajit Ray was basically known as an Indian Film Script Writer, filmmaker, film director, writer, publisher, music composer, painter, and song writer. Satyajit Ray always has international fame and recognition. He was born in a Bengali family at Kolkata, West Bengal on 2nd day of May, 1921. Not only that He was the only Son of Sukumar Ray (Also Known as Kishore Kobi) and grandson of the great Upendrakishore Ray Chowdhury. Both of his father and grand-father were famous literary personalities. Ray directed many Bengali movies such as ‘Pather Panchali’ and ‘Charulata’, etc. for which he got both of national and international acclamation. He had good knowledge of western art as well. He wrote various short-stories for young children.
All Credit Goes to Radio Mirchi. & Mirchi Bangla Youtube Channel.
Listen This Sunday Suspense Story Online↧↧
To Download This Sunday Suspense Story Click Below.

Within mystery lies suspense and within suspense lies the surprise. Kuasha is one of the first mystery & thrill based radio drama shows brought to light by ABC Radio, exclusively scripted & performed by RJ Sharmeen and ABC artists. It has been and is till date a unique blend of mystique riddled in secrecy with a touch of fright & terror.
The first segment of the show is titled “The EX-Files” where the host depicts real-life cases of murder/violence from the past which are solved.
While the second segment is a fully scripted audio drama involving horror/suspense/thriller, performed by the in house artists of ABC.
ABC’s radio sound and production team gives the stories the perfect ambiance and feel through the in-house composed background scores, soundtracks, etc.

Sunday Suspense – The Perfect Murder (Ekti Nikhut Khun) The Story is Written by Stacy Aumonier. The Story Was Published in A Book Named The Great Crime Stories.About The Author – Stacy Aumonier was […]